Get fresh music recommendations delivered to your inbox every Friday.
We've updated our Terms of Use. You can review the changes here.

by the Bridge City Sinners 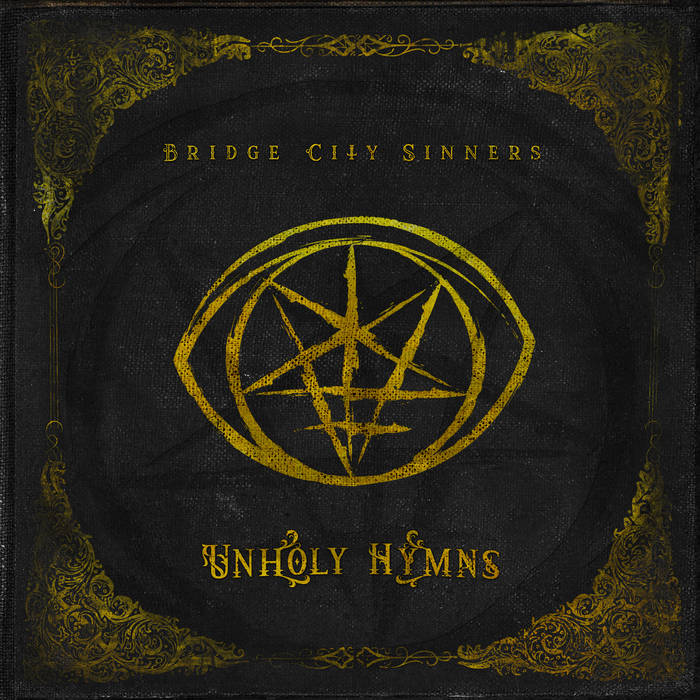 Telio An excellent album that give me strenght for bad days, with a charming and brutal voice and delicious harmonial banjos ! Favorite track: Unholy Hymns.

Bart Satanic Ragtime? Blackgrass? Punk Folk? Hell, I don't know how to really categorize them, but they've got a great album here. They're going down...and want you to join them on the way. Favorite track: Pick Your Poison.

jeremy sauceman perfect music if you've got a hot date with a flapper to a swanky ball at the overlook hotel Favorite track: Departed.

fcjbb Love Everything B.C.S. has ever released. They along with D’n’D & R.Y.G. Opened up a whole new rebellion yo me. Since then many a band has revealed themselves to me and shown me how effective an acoustic or non-electrified instrument can be.
Favorites: Rick Bottom & Pick Your Poison from previous albums Kreacher and a slew of other songs. Can’t wait to see them live again!!! Unholy Hymns!! Excellent follow up album!!

Dark Folk? Pre wartime era Jazz? Murderfolk? Folk Punk? Blackgrass? Nailing down the genre of the Bridge City Sinners has always been difficult, but the title of their upcoming album sums it up in two words: “Unholy Hymns”. With a lineup of banjo, fiddle, upright bass, banjolele, and guitar, they take acoustic music in a new, and much darker direction. The album has been divided up into two distinctly different sounding halves.

The first half of Unholy Hymns, “Book l”, relies heavily on their normal dark yet playful, folk and jazz roots, and at the same time expands upon their discography with complex subject matter including addiction and mental health issues.

The second half of the album, “Book ll”, leans much deeper into the darkness. An epic of terror and woe, this short concept album within an album is full of orchestral arrangements and evil screams of despair.

Bandcamp Daily  your guide to the world of Bandcamp

Oakland producer Mejiwahn chats about his breezy and transportive LP.